Who is Lt. Commander Worf? What is his role in the Starfleet?
According to (Startrek.com) 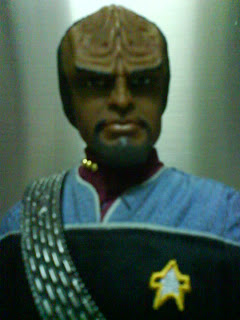 Not much room for articulation. Kinda of stiff. 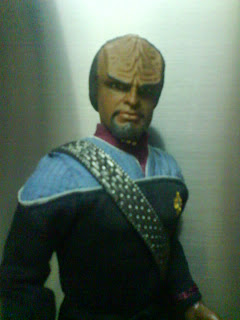 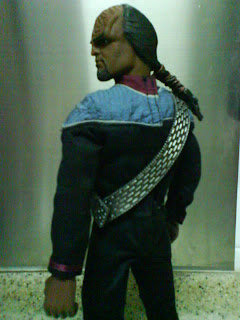 That's the max the arms and legs can bend. You can't even twist the fore arm. The head's good for rotation but not tilting. The ankles are stiff, maybe because of the boots, I guess. Didn't take out the boots as I'm worried I might accidentally break them, feet and all. As you can see from this picture, the skin tone and contour is great but the choice of material is pretty hard. Looks and feel like phenolics. Guess the material can last till my great-grand children and it'll still be as hard! 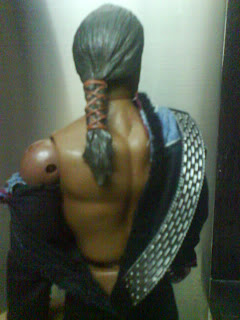 Verdict?? Good to keep as a reminder of the 'good o days of action figure'. Stiff and not so articulated. Well, that's what we call evolution, right?? 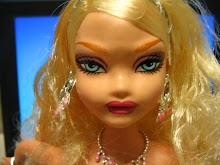